Curator Nico Anklam will do an introduction to the exhibition on Saturday 30, 2 pm. On the same occasion YEARS, Zwölf Berlin and Nico Anklam have produced a publication for the exhibition which will be released: an alphabetical case folder comprehends installation shots as actual printed photographs and a short text by the curator. As such the “catalog” presents itself as a dossier, record or act compilation that will remain as a file in the archives, libraries and personal bookshelves it will go to.

For the exhibition Büroarbeit an edition of 16 + 4 APs was produced which includes contributions by each of the artists in relation to their works on display and the overall theme of office work. The edition box, a wooden pen stand that one knows from office desks is on display in YEARS’ window and has filled itself over the duration of the show with the different contributions from the artists. 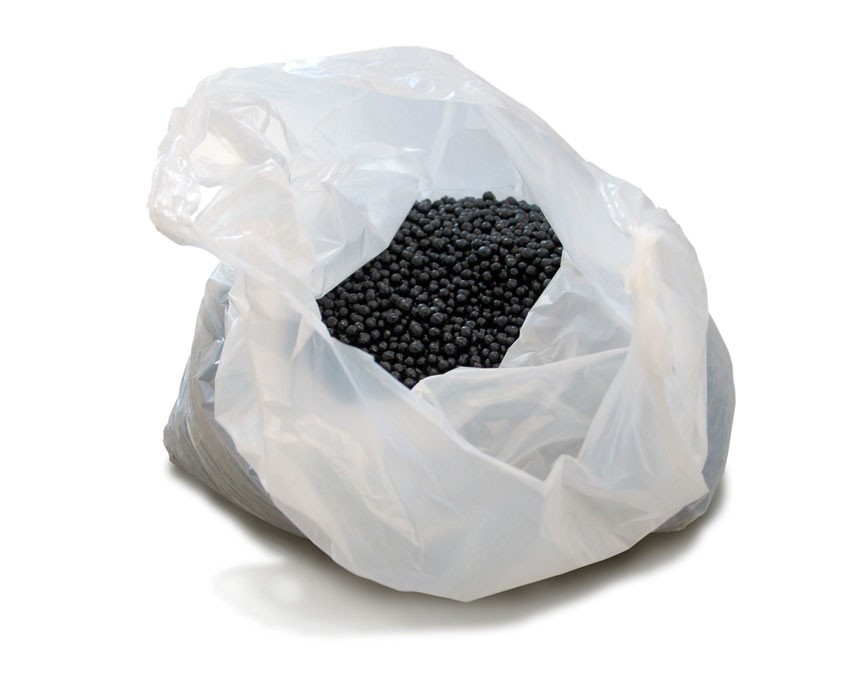 Büroarbeit takes the exhibition venue – a former shop now used as an office and exhibition site – as a starting point. The four works on view relate to aesthetic, social and political dimensions of the office space as such and the labor therein.

The artist duo Anetta Mona Chişa and Lucia Tkáčová (Prague/Berlin) shows the work All periods in Capital (2007). In a white plastic bag one finds 22,591 clay globules. Each one was hand made by the artists for every period – the full stop punctuation mark – in Karl Marx’s Das Kapital. In doing so, the artists not only produce a physical, hand made product, they also perform manually the very alienation of mass production that Marx denounced with every ‘point’ they make.

The office as an aesthetic experience resonates in such tools as staplers, pencils and folders, and also in Istanbul based Cevdet Erek’s rulers. One of Erek’s plastic rulers shows only two marks though: to the very left “now”, to the very right “end” (2011). It becomes a false twins of the objects we are used to: their scaling does not measure a distance of space by reproducing a spatial object, but rather they are spatial objects that pretend to measure time – through space. This seemingly defined time space gets infinitely mirrored in the glass shelves at YEARS and blends in to the overall reduced setting of the exhibition site.

Saskia Groneberg’s research project Büropflanze (2012) is concerned with the plants in offices. A common element of many office spaces is the potted plant, which encompass many functions: from sheer agents to enrich the color palette in rather sterile settings to infiltrations of wilderness in a space that is connoted with regulations and standardizations. Groneberg’s photographic images of specimens are colored scans from the flora she found in various office locations. While the depiction reminds one also of illustrations from natural history books, for Büroarbeit her print 30-1.07+30.8 stadt münchen pflanze was mounted on a shelf that alludes to window sills. The image is therewith also in a place where its referent, the plant, could be found in its office habitat.

With Johan Thom’s single channel video The Pencil Test (2003), the office stands for a site of institutional power. His video shows a face covered by pencils that are held by a white hair net. Thom’s video relates to an absurd decision making process from Apartheid times when people of mixed background were classified at the state office. “It was thought, that if the pencil remained stuck in ones hair, you were ‘black’“ states Thom. Here the office becomes a metaphor for a site of decision-making processes that – despite their gravity – are often invisible or behind the scenes. 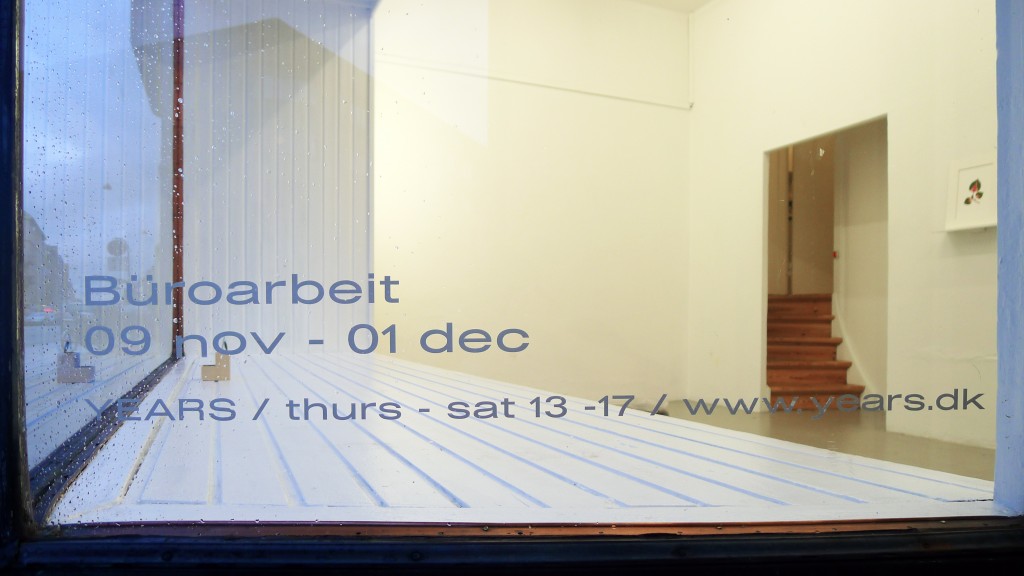 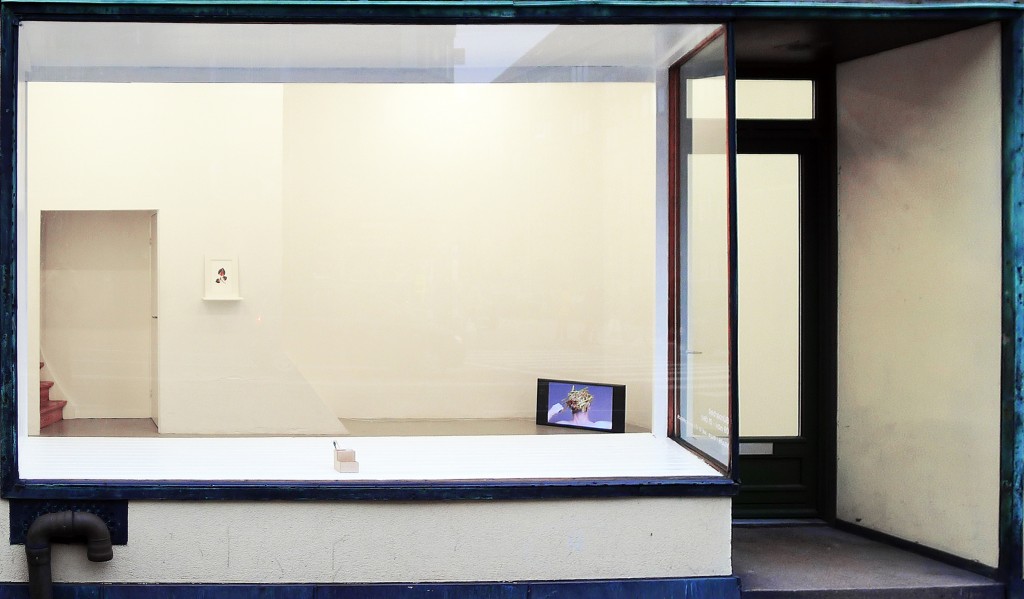 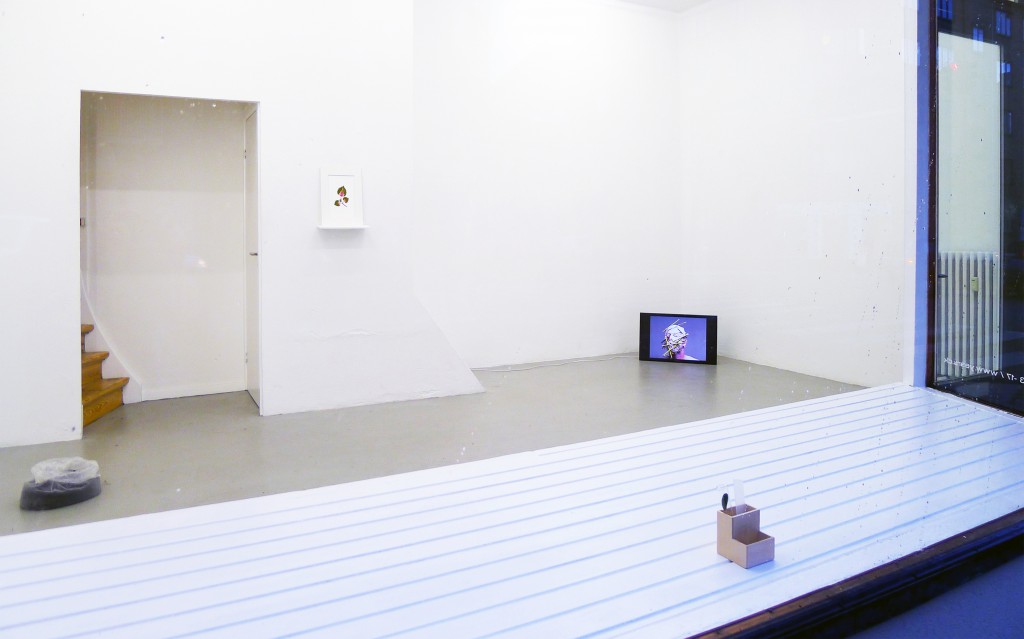 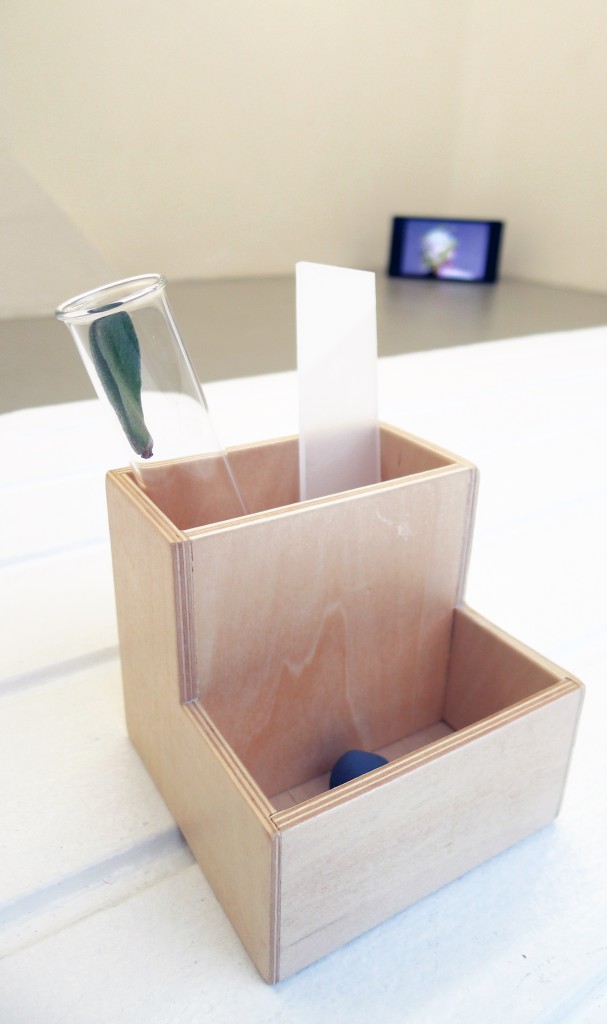 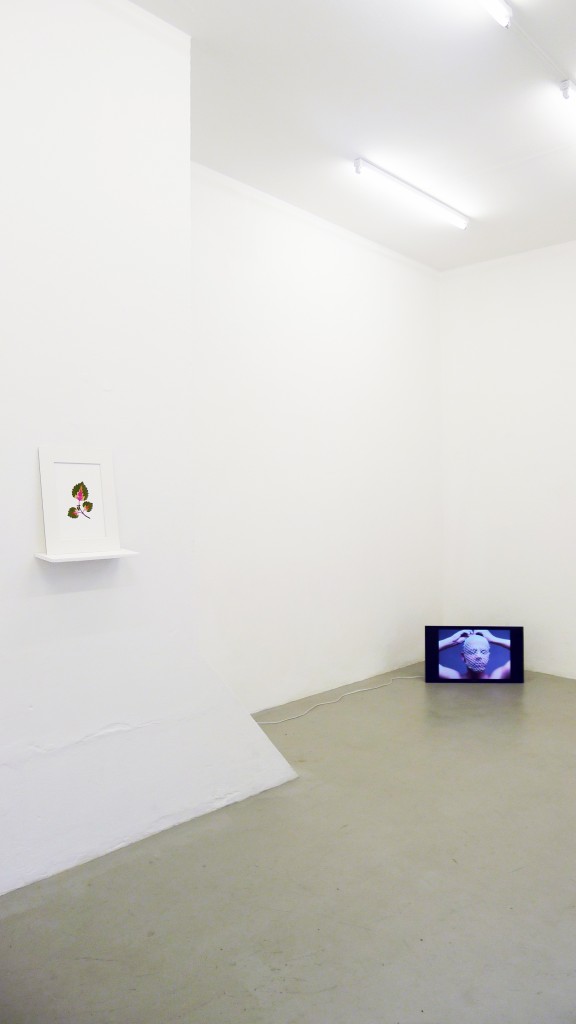 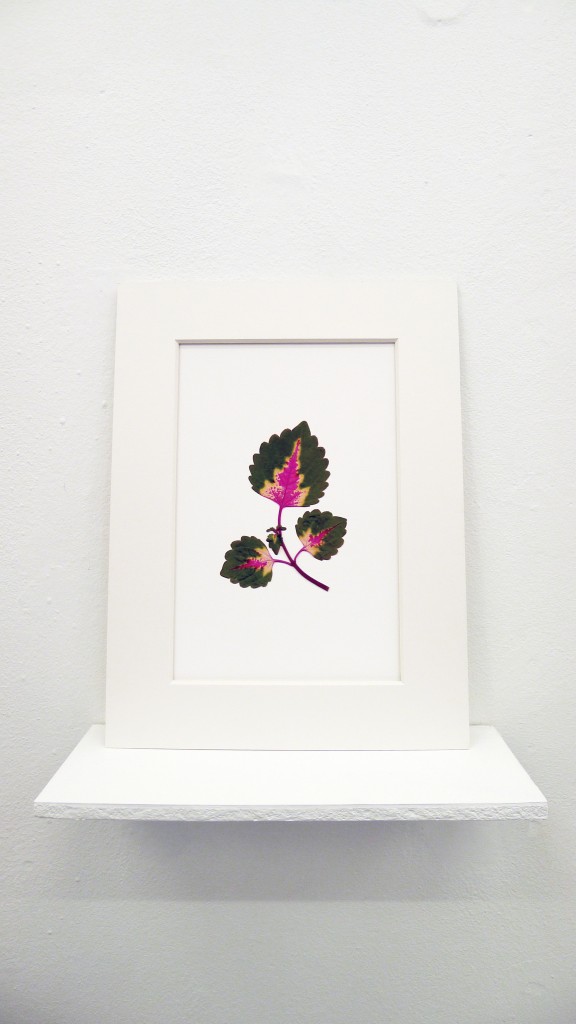 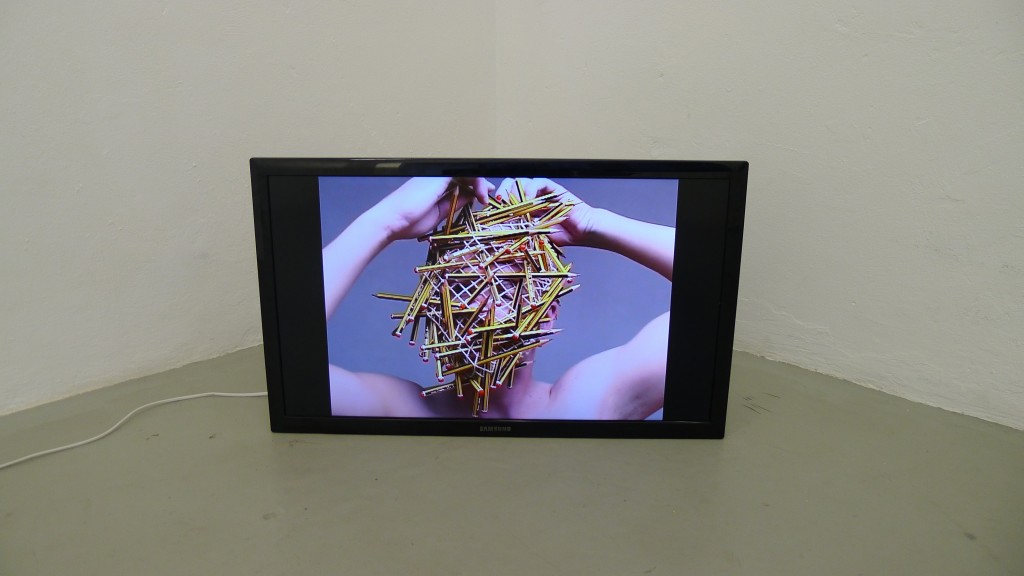 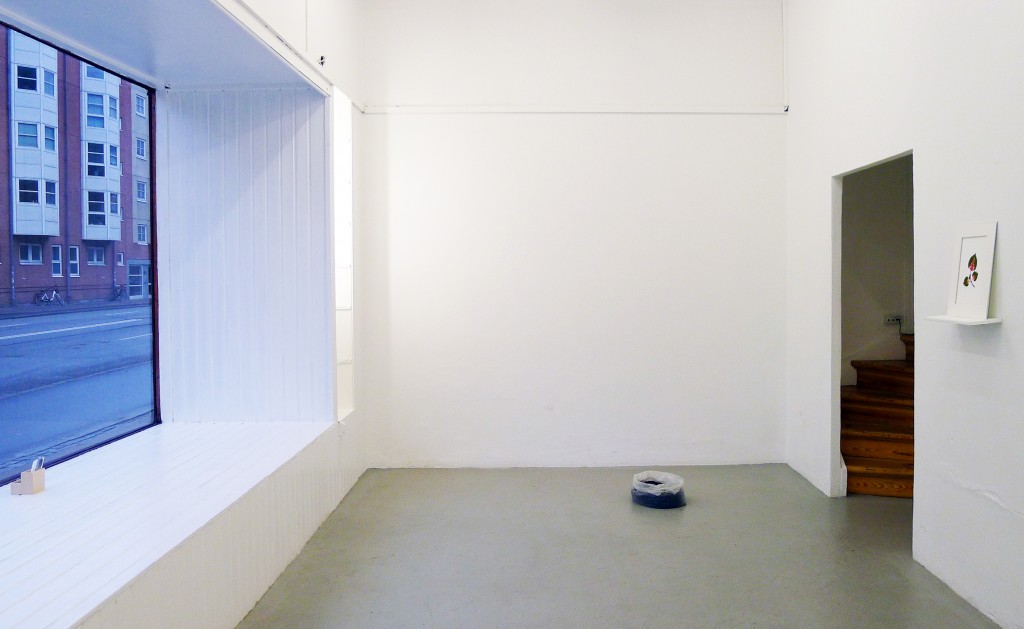 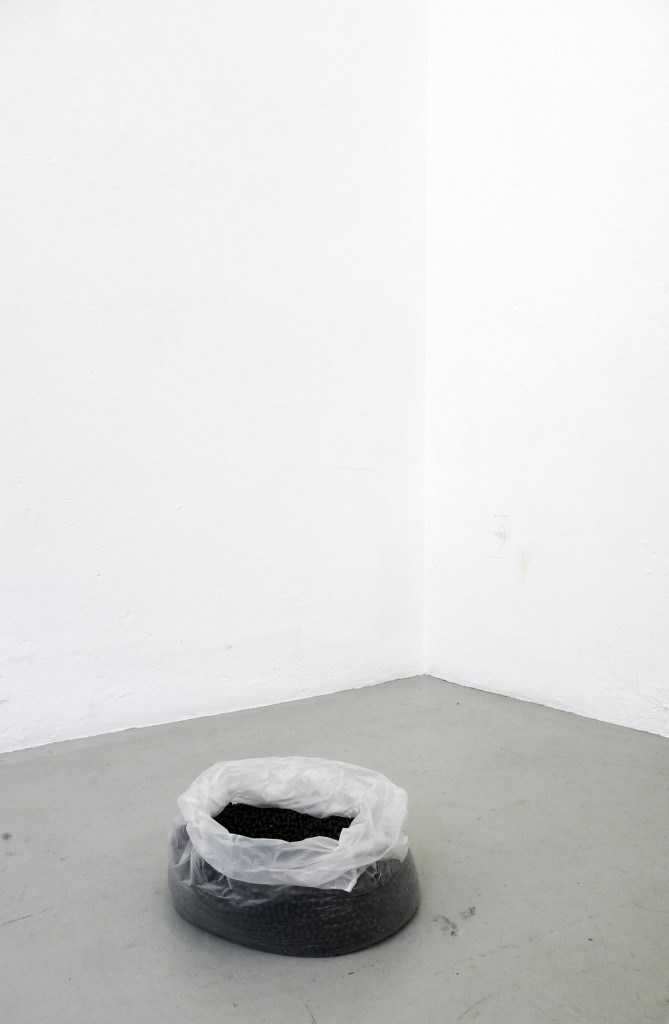 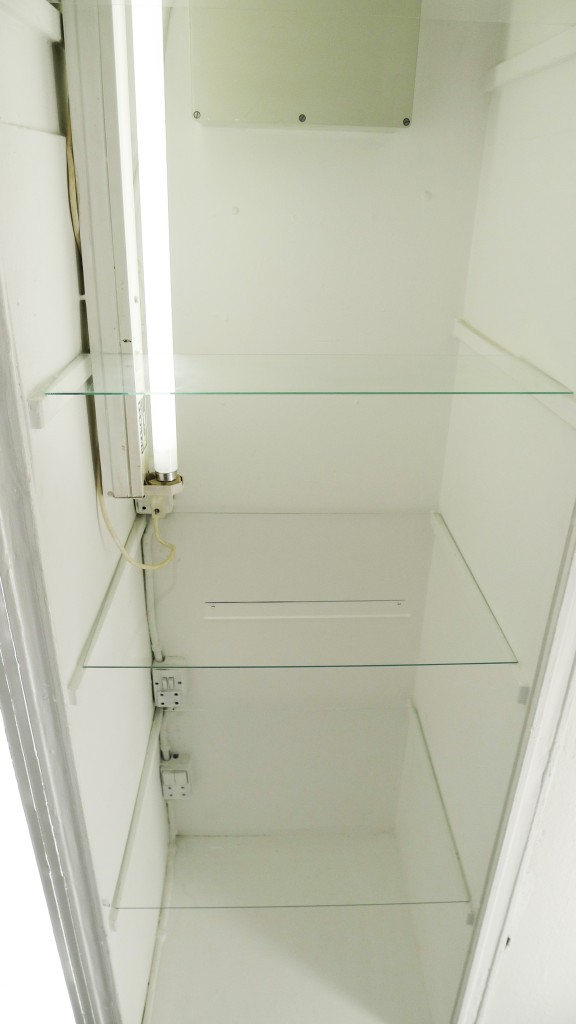 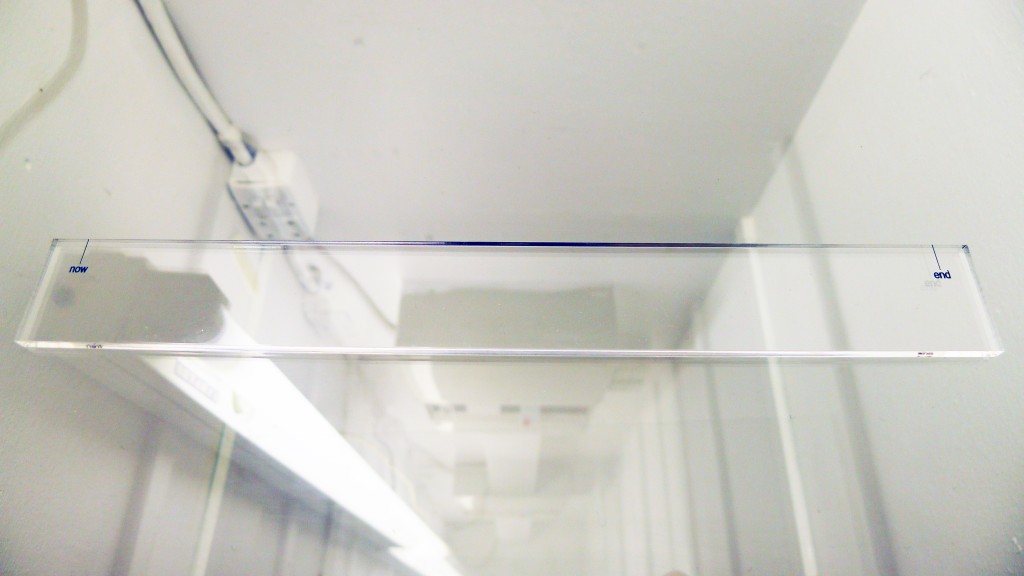 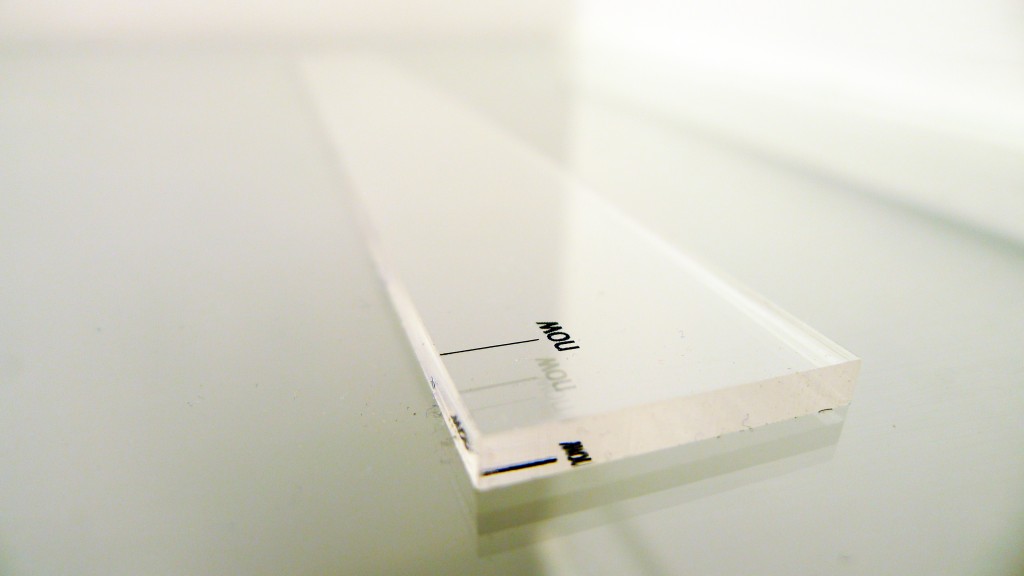 The exhibition is supported by the Danish Arts Council.