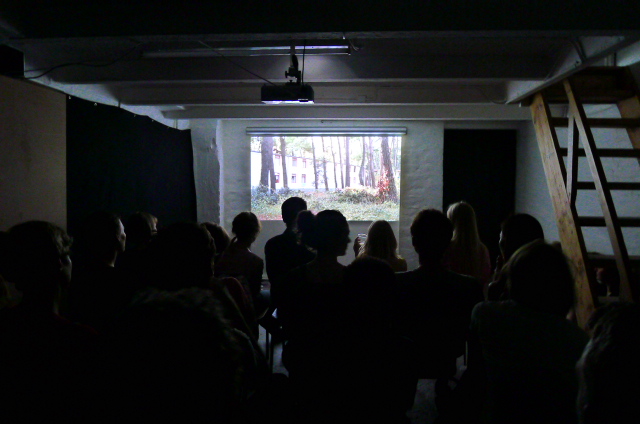 “For all the cultures that settled throughout history on the northern Adriatic coast, it will be possible to ascribe at least one monument of architectonic heritage or some other artifact witnessing its presence.”

The Austrian conservationist, Anton Gnir, made this statement about the cluster of islands that line the Croatian coast in 1911, during the Austro-Hungarian reign over Croatia. Gnir’s claim of the region’s historical importance was intended to inspire the preservation of some 5000 years worth of antiquity. Constructed during the Yugoslavian era in 1963, 52 years after Gnir’s words, the beach resort Guest House Helios could be regarded as a recent addition to this lineage. Bearing the same name as the hotel, “Guest House Helios” follows the day-to-day operations of the hotel, documenting both the guests and the employees. This entails the cleaning of the rooms, the kitchen staff, the book keeping and administrative staff, and the provided activities and entertainment. Many of the hotel guests have been coming to this same hotel each summer, some since the hotel’s construction. Located on the island of Lošinj, the island’s relationship to leisure dates as early as the Roman Empire to the Austro-Hungarian rule, when during the turn of the century the island was discovered to be the ideal climate for those suffering from respiratory ailments. Over the past century Lošinj has remained a destination for health and leisure through a complex history of the Austrian Monarchy, the fascism of Italian and German influence, Yugoslavian communism, and now neoliberal capitalism. This portrait of a hotel is a catalog of the gestures of work and leisure amongst rapidly changing technologies, economic systems and forms of government.